Welcome to Alamo On Demand 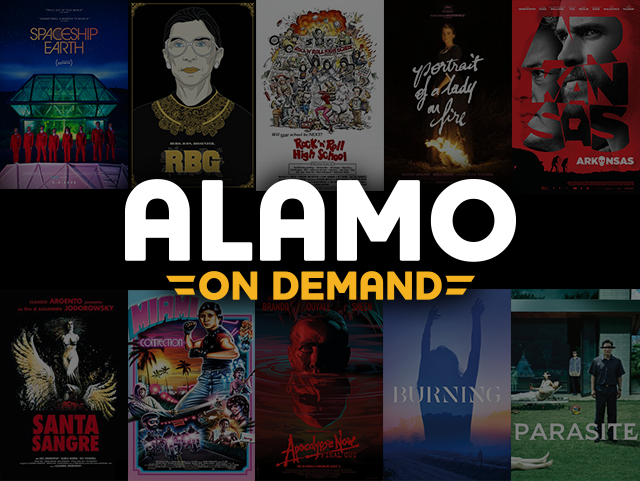 Curation. We’ve always believed that practicing and cultivating thoughtful curation has been an essential part of the Alamo Drafthouse formula. From our beginnings as a one-screen repertory theater in an old warehouse in downtown Austin, to launching Fantastic Fest, the United States’ largest genre film festival, to our Drafthouse Recommends program that champions the work of visionary filmmakers like Bong Joon Ho (PARASITE), Jordan Peele (GET OUT), Yorgos Lanthimos (THE FAVORITE), Lulu Wang (THE FAREWELL), Luca Guadagnino (CALL ME BY YOUR NAME), and Jeremy Saulnier (GREEN ROOM)... curation is baked into the culture of Alamo Drafthouse.

After our theaters shut down in mid-March, we saw an overwhelmingly positive response to our Alamo-At-Home digital releases of films like EXTRA ORDINARY, ROAR, SAINT FRANCES, and our Terror Tuesday and Weird Wednesday titles, further demonstrating that, yeah, the Alamo Drafthouse audience will always seek out challenging, provocative, and occasionally bats!*t insane films… and it’s our job to deliver.

So, allow us to introduce you to our new labor of love – Alamo On Demand, a video on demand platform created with our friends at ScreenPlus. It’s available now via ondemand.drafthouse.com, and apps for iOS and Android are coming very, very soon. (FYI, they’ll be distinct from our ticketing apps.)

We firmly believe that nothing can or ever will replace the cinematic experience, but we also know that even once our theaters are back up and running (and they will be), we’ll be able to use and evolve this service into something special – a curated library of incredible entertainment that we’ll champion from the festival circuit to our theaters and right into your living room.

And that’s exactly what you’ll find in our launch lineup.

You’ll also be able to look forward to more bingeable bundles – for example, later this year, Severin Films will be launching the definitive “Brucesploitation” documentary ENTER THE CLONES OF BRUCE, about the hundreds of Bruce Lee imitator films that flooded the market after his untimely death. You better believe we’re going to pair the doc with a deep collection of those referenced films.

(What We Expect Will Be) Frequently Asked Questions

Do I get Victory points for renting or buying a VOD title? That's the plan eventually, but we’ve still got some wires to untangle. Expect more on that down the road.

Can I use an Alamo Drafthouse gift card to rent or purchase? Unfortunately, no.

Can I use Season Pass to pay for VOD? No, right now Season Pass is only for use for tickets to theatrical screenings.